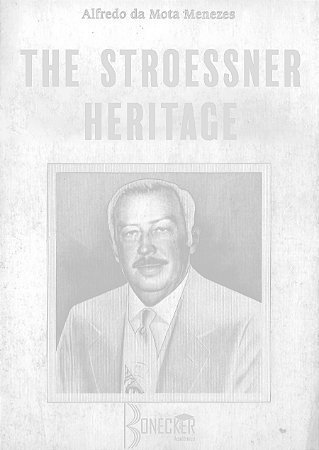 This book analyzes the history of Brazil-Paraguay relations during the era of Alfredo Stroessner, Argentina, having seen its interests in the Prata Basin, is also part of this analysis.

The story told here seeks to show how and why Itaipu was built; How Brazil replaced Argentina as Paraguay's main trading partner; The attempts of Brazilian diplomacy, in its real openness to the Hispanic-American world, to have Paraguay as an example of international collaboration, as a partner in regional geopolitical decisions and a future market for Brazilian products; Also shows the pendular diplomatic game of the Paraguayans to obtain benefits from Brazil and Argentina, as well as the historical roots of the rapprochement between these two countries. It also analyzes the reasons that gave rise to the immigration of Brazilians to Paraguay and their possible consequences in Paraguayan life.

Is a PhD in Latin American History from Tulane University, USA, where he also did postdoctoral studies and taught as a visiting professor. He published the books: The Heritage of Stroessner: Brazil-Paraguay 1954-1980; From Dream to Reality: Latin American Economic Integration; War of Paraguay: How We Build the Conflict (all reissued in eBook by Bonecker Editora); Regional Integration: the Economic Blocks in International Relations, with Pio Penna (Campus / Elsevier); Brazilian Moment: From the End of the Military Regime to the Election of Lula (Gryphus) and the Death of Totó Paes: Politics in the Interior of Brazil (Calini & Caniato).