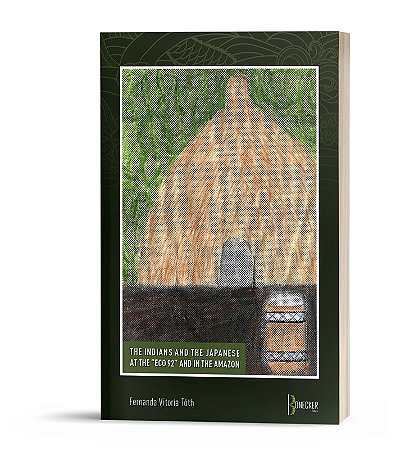 The story was created from real facts, but above all to get the attention of young people. Of course, I cannot speak about all the Indians, nor of all that is beautiful in the Amazon Rainforest and the Pantanal, because I would have too much more to say. But I would have loved to do it, and hope that what I wrote is pleasant to the reader and gives an idea and about everything that exists in these places.  The Indians and the Japanese in “Eco 92” and in the Amazon is, above all, a narrative that describes to the reader, from the Ecological Summit 92 by the Amazon, Pantanal and other places; the wonderful beauties of the fauna and flora of the Amazon rainforest, and the places endangered by progress. However, it is also the story of Hiroshi, a Japanese boy who accompanies his father, a journalist that went to cover the Summit. A boy who observes, asks and at the same time, teaches.   Through this charming documentary-story, the motivation of Fernanda Vitoria TÓTH is to make everyone aware that it is our duty to participate, in any way, in this much needed and fair struggle for the preservation of nature.

Fernanda Vitoria TÓTH, born in Brazil, lives in Rio de Janeiro. At the time of her birth, she should have been registered at the Yugoslav embassy, because his father was not Brazilian, but her mother succeeded in getting her Brazilian citizenship in court, alleging fear of the former Yugoslav regime. Her father, in fact, was Hungarian, and his family belonged to the Austro-Hungarian monarchy. But because Yugoslavia had annexed a part of Hungary, the family of her father happened to have Yugoslav citizenship.

Her mother is a descendant of Germans and Portuguese, linked to great families of the time of the Brazilian empire. Fernanda Vitoria, who loves nature, faced a serious illness but was never afraid to die: she only said that she did not want to die because of the flowers, that she loves so much. Historian and professor of Social Studies, she has taken several courses in different areas. She has had her book published in Paris, and she knows that in many countries it is well sold.